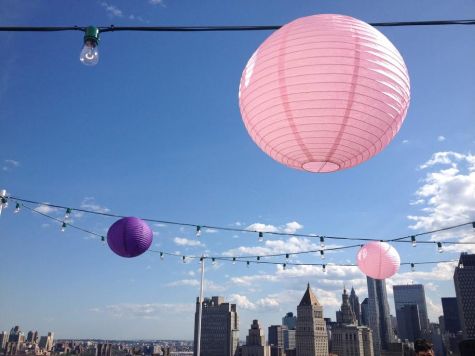 Much of the literature on symbolic power seems to agree on its nature as a tool for production of cultural content that is key in shaping social reality. In fact, neo-Kantians Ernst Cassirer, Edward Sapir and Benjamin Whorf see symbolic content, comprised of “myth, language, art and science”, as a tool to build and maintain a common consciousness (Bourdieu, 1991:164). Structuralist Bourdieu adds to this that symbolic power is the ability to construct social reality, one that only exists when it is legitimised by its audience (Bourdieu, 1991:166). John B. Thompson, also a structuralist, explains how symbolic power shapes social reality, underlining that it “stems from the activity of producing, transmitting and receiving meaningful symbolic forms.” It is a “fundamental feature of social life, on a par with productive activity, the coordination of individuals, and coercion” (Thompson, 1995:16). Likewise, Manuel Castells, a social constructivist, characterised power as the “relational capacity that enables a social actor to influence asymmetrically the decisions of other social actor(s)” (Castells, 2009:10), and underlined that the structuration of society is done through cultural means, which includes symbolic content.

What is more, Niklas Luhmann’s notion of “productive differentiation” explains the importance of codification in understanding how symbolic power shapes reality – codification “serve the system’s self-determination” (Luhmann, 2000:17), and allows its agents to communicate and establish standards of conduct. Symbolic power is therefore used to construct reality through the codification and classification of symbolic content to establish a specific narrative.

Understanding the relationship between symbolic power and the media requires understanding what the media is. James Curran defines the media as the institution that has the ability to disseminate information to large masses (Curran, 1982:198). For instance, he establishes a link between the Catholic Church in the Middle Ages and XXth century media – both sources of information and influencers of social life. The Church and the media have contributed to shaping the social environment they interact with by creating and controlling the circulation of information, and maintaining a privileged relationship with the ruling elite.

Professor Nick Couldry adopts a more audience-centric vision, by asserting that the media are the tools used by individuals to access society’s reality and common themes. Traditionally, this media has been materialised in the shape of broadcasting devices, however, the Internet and digitisation of many social structures and relations is now bringing into question the very definition of the media. Indeed, the media are no longer owned and managed by a networked elite that can freely shape the narratives it decides. Now that 40% of the world’s population is connected to the Internet[1], voicing one’s opinions has never been easier, and connected audiences have been increasingly active and vocal (Luhmann, 2000:16).

Lastly, Thompson identifies media power as the “capacity to intervene in the course of events, to influence the actions of others and indeed to create events, by means of the production and transmission of symbolic forms” (Thompson, 1995:17), a process which we will refer to as mediation. Couldry underlines here, however, that this definition of media power does not take into account the special need for attention that certain producers of this power warrant. Indeed, Couldry goes on to explain that some symbolic power producers have control over a more “local” level of power, while others have the power to shape social realities and structures on a larger scale (Couldry, 2003:4). The place of digitally enabled individuals, traditionally part of the audience, as independent media actors also comes to mind, as they contribute to the media’s symbolic production. We can relate this to Castells’ view on the structuration of society, a process that is developed through the interactions between individuals and institutions, and the power relationships that inhabit them. This also means that “power is not located in one particular social sphere or institution, but it is distributed throughout the entire realm of human action.” (Castells, 2009:15)

Symbolic Power as a Tool for the Media

Durkheim also explored the themes of mediation and social structures, stating that the unity of a social group rests on the group’s shared symbolic content (Duncan, 1969:146). In writing this, he establishes the link between symbolic power and social unity, as symbolic content represents a common means of identification for the individuals in the group. As a result, “structuring subjectivities”, a Durkheimian notion, contribute to building the “sensus” (Bourdieu, 1991:164), and, later, the consensus. This concept has been echoed by Bourdieu’s structuring structures, underlining the importance of reciprocity in how symbolic power is carried out.

It is interesting to note here that, while Durkheim and Bourdieu both believe in the reciprocity of social structures with their structuring entities, Durkheim differs from Bourdieu in his vision of how society’s codification is carried out. In his view, “collective ways of thinking and acting exist in their own right. This is not to say that individuals cannot change the collectivity. Yet when the individual does so, other members of the collectivity must accept his social facts as their social facts if there is to be any kind of socialization” (Duncan, 1069:147). On the other hand, Bourdieu believes that society, its norms, myths, and traditions, are “historically constituted forms and therefore arbitrary”, and result from a “convention” (Bourdieu, 1994:13) between the different actors involved.

Are the media the only providers of social structures? Certainly not. Several institutions come to mind when assessing which ones contribute to the production of social structures, some also through the use of symbolic power. To paraphrase Couldry, traditionally, the state holds the tools for creating social reality, through educational institutions, matrimonial traditions, and laws, amongst other things (Couldry, 2003:17). This notion is reinforced by Bourdieu’s explanation of how the state interacts with society: “It is in the realm of symbolic production that the grip of the state is felt most powerfully. State bureaucracies and their representatives are great producers of ‘social problems’” (Bourdieu, 1994:2). Castells also emphasises the multi-faceted aspect of social structuration. He sees them as “multilayered and multiscalar. They operate on different forms and levels of social practice: economic (production, consumption, exchange), technological, environmental, cultural, political, and military. And they include gender relations that constitute transversal power relationships throughout the entire structure” (Castells, 2009:15). Here lies the difficulty in understanding media power; digital technologies have made it possible to have as many narratives of society as there are people willing to create one, and these are becoming increasingly globalised and cross-contextual, bringing into question the very place of symbolic power in modern societies. While some may still argue that the media, as one of the main structures that produces symbolic content, has access to large audiences, and strong links with state actors, still hold a considerably key role in the definition of reality (Couldry, 2003), we should not disregard the evolution brought about by digital technologies, a theme which requires further in-depth research that warrants an essay of its own.

We have therefore seen that symbolic power refers to the capacity an actor has to create and transmit norms, myths and traditions, called symbolic content. In our current world, the media largely hold this power, through their ability to freely produce and disseminate symbolic content to large audiences, using both traditional and digital broadcasting devices, therefore contributing to the shaping of social reality. In addition, the rise of digital media has established a link of reciprocity between the media and society itself, as both providers and consumers of symbolic content. Keeping that in mind, Nick Couldry and Manuel Castells bring about an interesting point: the media can no longer be seen as a uniform, asymmetrical sphere of power that overshadows society. The creation of new technologies has connected individuals, and provided them with platforms to speak up on, to become part of the media. This, in turn, contributes to creating even more narratives of society, on a local, national and global scale. An interesting question therefore arises: what society is created by the media that offer so many alternatives of a society that is in never-ending self-examination?

One thought on “Is symbolic power a relevant notion to understanding the media ?”